4 minutes
‹ Back to the listing

Looking for a little relaxation and rejuvenation?

4 tips for a successful summer vacation! 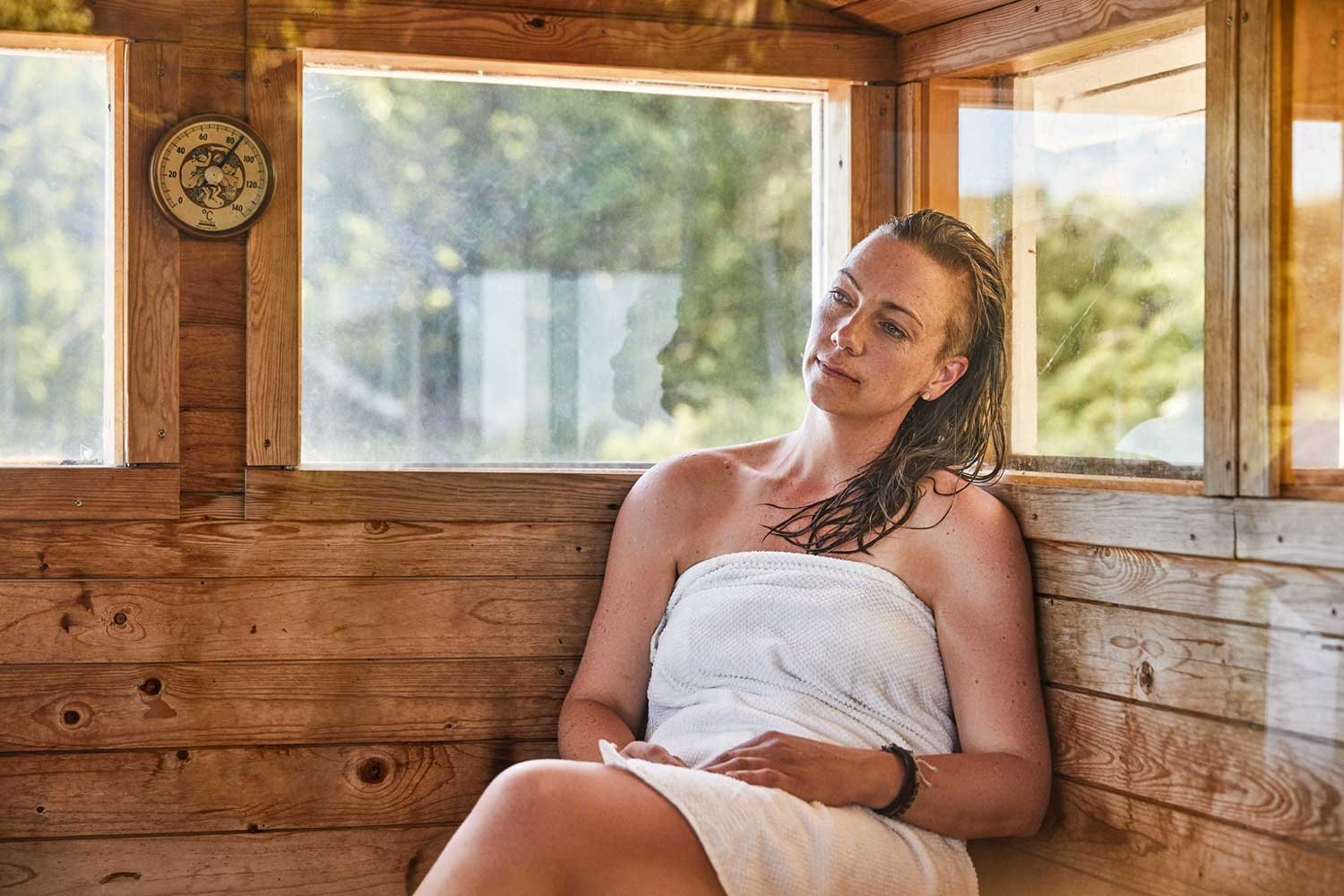 Regular sauna bathing can reduce the risk of heart attacks with as much as 63%, according to a Finnish study. For 20 years, the the Finnish research team monitored 2,000 middle-aged men. During this period, it became clear that those who sauna bathed regularly had a significantly lower risk of suffering from cardiovascular diseases of various kinds. The participants who sauna bathed lived noticeably longer, and the more often they spent time in the sauna, the stronger was the positive effects on their cardiovascular health. You can read more about the study here.

Sauna baths can reduce the risk of Alzheimer’s

Sauna can lower the risk of developing dementia and Alzheimer’s disease. The same Finnish study showed that men who went to the sauna between four and seven times a week were found 66 percent less likely to be diagnosed with dementia, and 65 percent less likely to be diagnosed with Alzheimer’s disease, than those who took only one sauna bath a week. We have written more about sauna and age-related diseases in this blogpost.

Whether we spend time soaking up the sun on the beach, taking a warm bath or relaxing in the sauna, the result of spending time warming up is often a lingering feeling of relaxation and satisfaction. Now research has found that regular sauna bathing actually has measurable positive effects on serotonin levels in our blood. Serotonin is the ”happiness hormone” and it affects our mood and behaviour. Low levels of serotonin causes symptoms of depression. You can read more about this connection here.

A recent study has shown that regular and frequent sauna sessions can lower the risk for stroke significantly. The study was performed by a Finnish research team. The participants were monitored for 15 years, and then a follow-up was made. During this period, 155 strokes had occurred in the group. The team found that those who took sauna baths 2 to 3 times a week were 12 % less likely to suffer from a stroke. But what was even more astonishing, was that the people who spent time in the sauna 4-7 times per week reduced their risk for stroke with 62%.

Sauna can ease tension headaches caused by stress. In a study published in The Journal of Alternative and Complementary Medicine, a New Zealand research team compares two groups of patients who are suffering from Chronic tension-type headache (CTTH). One group were instructed to take regular sauna baths during a period of 8 weeks. The result was very clear: those who took regular sauna baths experienced significantly lower levels of pain and headache.